It has been almost three weeks since the WPT Online Series on partypoker kicked off, and what a festival it has been. The penultimate night was full of action, with the WPT500, Super50 and Super5 all playing to a winner yesterday evening.

Additionally, the Main Event will play to a conclusion tonight after Day 3 wrapped up in the early hours. The nine finalists will return to battle it out for their share of the $3,195,000 prizepool, and the winner will become the latest player to join the WPT Champions Club and see their name forever etched on the Mike Sexton WPT Champions Cup.

It is going to be a huge night, without a doubt, but before we warm-up to tonight’s series finale, let’s first take a look at the newest WPT titleholders.

Three days of action came to a close in the $530 event last night, when nine players sat down to play. A total of 2,088 entries had been logged across a plethora of Day 1s and a top prize of $160,211 was up for the taking.

There were some big names in the mix when the finale of the WPT500 got underway, but it was relative unknown David Afework who showed that the poker dream is still very much alive when he dispatched of all the competition to take the lion’s share of the $1,044,000 prizepool.

Despite starting in fourth place, Jon Ander Vallinas Santos was the first to fall, banking $12,251 after raise-calling with ace-queen on the button against Simon Löfberg’s jam with ten-eight suited an hour and a half into the final table.

That netted a ladder for Lukas Hafner ($15,704) who was next to depart, despite climbing the ranks at the start of the day. Two hands led to his undoing, the second of which was the last nail in the coffin for the Austrian and was once again at the hands of Löfberg, who had a dominating pair of queens against Hafner’s ace-ten suited.

Sergei Koliakov was out next. The Russian was down to 1.5 big blinds after losing ace-six to Timo Borchmann’s king-queen and the writing was on the wall the very next hand. He took $19,798 for his efforts.

Play was now short-handed, and it took around half an hour for the next elimination to occur. Löfberg started at the top of the leaderboard but was unable to progress past 6th place when he lost a flip against eventual champion David Afework. The Swedish pro collected $25,558 for his deep run.

Another big name busted next when WPT WOC Main Event runner-up Teun Mulder raise-called just under 20 big blinds with ace-jack to find himself racing against partypoker’s Jaime Staples who held pocket-nines. The Dutchman’s haul was worth $33,503, and his departure meant only four remained. 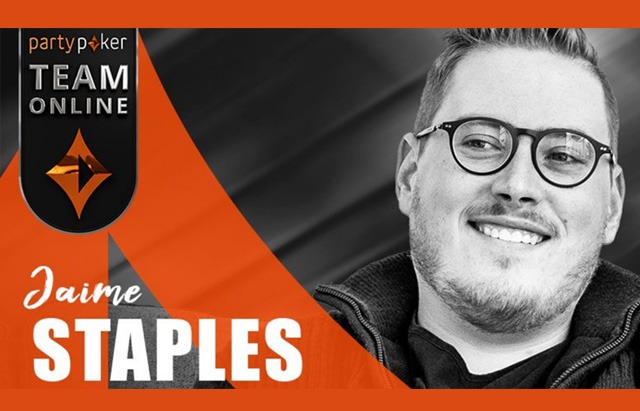 It would only take a few minutes for the next elimination to take place, and this time Borchmann was the player saying goodbye. Interestingly this was the first bustout where the chips went in postflop, and Afework was the executioner after hitting the nut straight with queen-ten, against Borchmann’s top pair jacks with a king kicker. Narrowly missing out on a podium finish Borchmann took a consolation prize of $49,225.

Next to go was Staples, who had successfully navigated his way from the bottom of the chip counts, where he had started the day. His fantastic run came to an end when he defended king-queen of clubs in the big bind following an open from Afework who had ten-six of hearts. The flop came king-queen-eight all hearts and it was at this point that all the chips went in. Staples was unable to fill up and bowed out in third. The Canadian added $74,227 to his bankroll as Afework and Henning André prepared to go heads up.

Afework was in great shape with a 3:1 lead over André as the last leg of the event begun, but the first big pot when André’s way and the Swede clawed back some of the gap. That was the last significant hand he would win for a while, as Afework grinded him down again, increasing his lead to almost 8:1 at one point.

Despite twice coming back from the brink, André was unable to take the lead. His best hope ironically turned out to be his undoing, when he got it all in with pocket-aces against Afework’s ace-five and couldn’t dodge a four-flushing board.

Afework collected the pot, title, trophy and the biggest share of the prizepool available for his victory as he became the second player ever to win a WPT500 Online Series main event. André meanwhile will be able to console himself with a six-figure cash of his own, putting $108,796 in the bank for placing runner-up.

With a tenth of the buy-in of its big brother, the $55 Super50 was nonetheless a huge tournament in its own right, with a $300,000 guarantee that was easily smashed when 6,267 players (including re-entries) stepped up to play over the past week. That meant that when the final day kicked off last night, a huge portion of the $313,350 prizepool was still up for the taking.

There were 40 players still in with a shot when play resumed at 20:05 (BST) and the result was that it took seven hours and 2 minutes for a winner to emerge. One of the biggest names in the field, Czech pro Michael Sklenička did well to make it to 12th place, taking $1,748 for his result. He was shortly joined at the rail by start-of-the-day chip leader Stoyan Kitanov, who bubbled the final table, collecting $2,322 for his 10th place finish.

With the final table set, Brazil dominated the leaderboard with over half the finalists hailing from the South American country. Despite that, two departed early – Caio Henrique Pinheiro Da Silva ($2,988) and Kelvin Kerber ($3,765), in 9th and 8th places respectively.

Carlos Eduardo Zeferino Madeira was out next and won $19,512 and a bronze medal for reaching third place.

That left Dmitry Gnusaev and Éverton Becker to duel, and though Gnusaev was the only Russian player at the final, he couldn’t quite manage to bring the title home, taking the runner-up position and $29,036 in cash in the end.

The biggest bargain event of the festival also ran last night. The $5.50 Super5 was the only one of the three events to offer players significant added value with $35,825 collected in buy-ins, some way short of the $50,000 guarantee.

Nevertheless that meant a field of 7,165 for players to beat in order to win the tournament, and that is precisely what Jiří Váňa did, with the Czech scoring $6,793 as a result – a colossal 1,359 times their buy-in.

Last, but by no means least, is the showstopper of the entire festival. With a $3,200 buy-in and 1,065 entries, including some of the world’s top players, the final day of the four-day event is finally upon us.

Last night, 23 hopefuls returned and Dennys Ramos was the first to fall, winning $20,778 in the process. Alexandros Kolonias (22nd), Tamás Ádámszki (20th), and Goran Mandic (17th) were some of the notables to leave with the same amount.

Felipe Boianovsky inched into the next pay jump, netting $25,646 for placing 16th, a cash mirrored by Martin Mulsow (12th), who failed to make the last ladder of the night. Johannes Straver ($32,257) and André Marques ($32,257) were the last casualties of the evening, and the latter of the two’s exit in 10th place signalled the end of the evening’s proceedings.

That leaves only nine players still in the running and the standard is world-class, guaranteeing an action-packed final. You can tune into the live stream where every moment of the action will be captured and cards up coverage means you can sweat with the best from start to finish. Coverage is on a 30-minute delay and will start at 19:35 (BST). 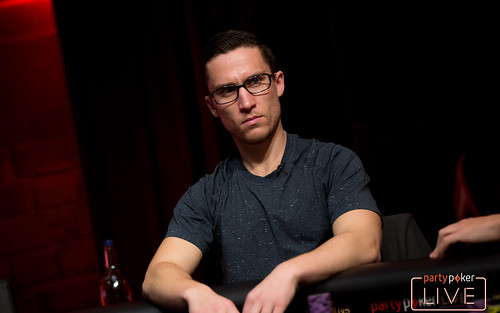 However, some of the biggest names are sat in the bottom half of the table, and it would be foolish to write off any of them. Christian Rudolph (23,177,230) has a medium stack, but even Rainer Kempe (10,320,069) who is sat in 9th place is only one double up away from the middle of the table.

Online superstar Yuri Dzivielevski, who in March took back the #1 spot in the Worldwide Online Poker Rankings (PocketFives) for the first time since 2014, is sat 6th in chips with 18,877,732 in play. His form during the first half of this year alone makes him a fearsome opponent. 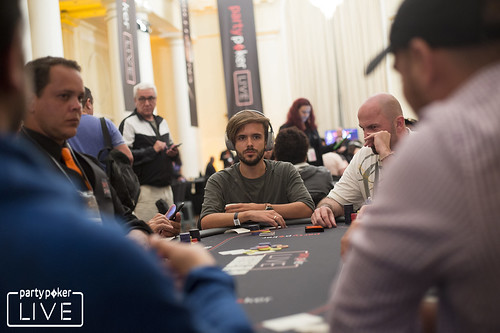