The World Poker Tour has returned to the stunning Casino Sochi. Situated in the Krasnaya Polyana region about one hour away from Sochi and the international airport, the host venue is located close to the ski resorts which hosted events during the 2014 Winter Olympics.

Casino Sochi has become a hotspot for poker festivals in Russia and this is the third time, the WPT hosts a festival at the venue. The action kicked off two days ago on Friday, February 19, 2021, and will conclude on Sunday, February 28, 2021.

Three Side Event winners have already been crowned and the WPT Opener is underway with some well-known names of the international poker circuit in contention. 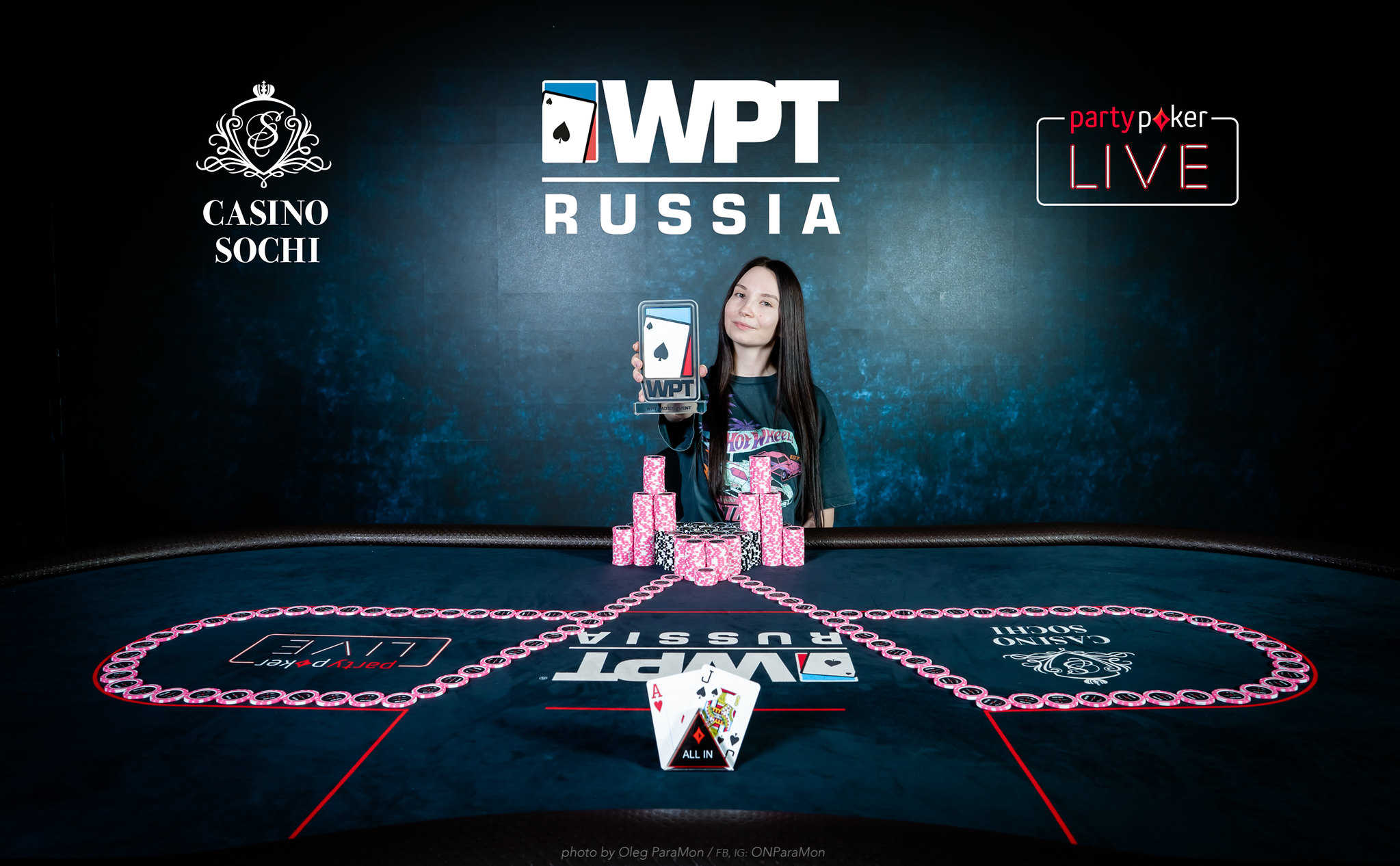 The Ladies Event came with a buy-in of ₽15,400 and the tournament attracted a total of 17 unique players and three re-entries, generating a prize pool of ₽266,000. Only the top three spots were paid and some notables in contention were Evgeniya Kireeva, Oksana Abakhova, and Ruslana Kozlova.

Tatiana Volova came up short of the paid places and fell in 6th place, followed by Olga Chernik and it was the elimination of Leyla Novruzova in fourth place that let the money bubble burst. More than one hour passed until Elena Yasyuchenya finished in third place for ₽64,750.

The heads-up duel for the title lasted another hour and Alena Belousova defeated Veronika Stetsenko to claim the top prize worth ₽120,750. Stetsenko received a consolation prize worth ₽80,500 for her efforts. 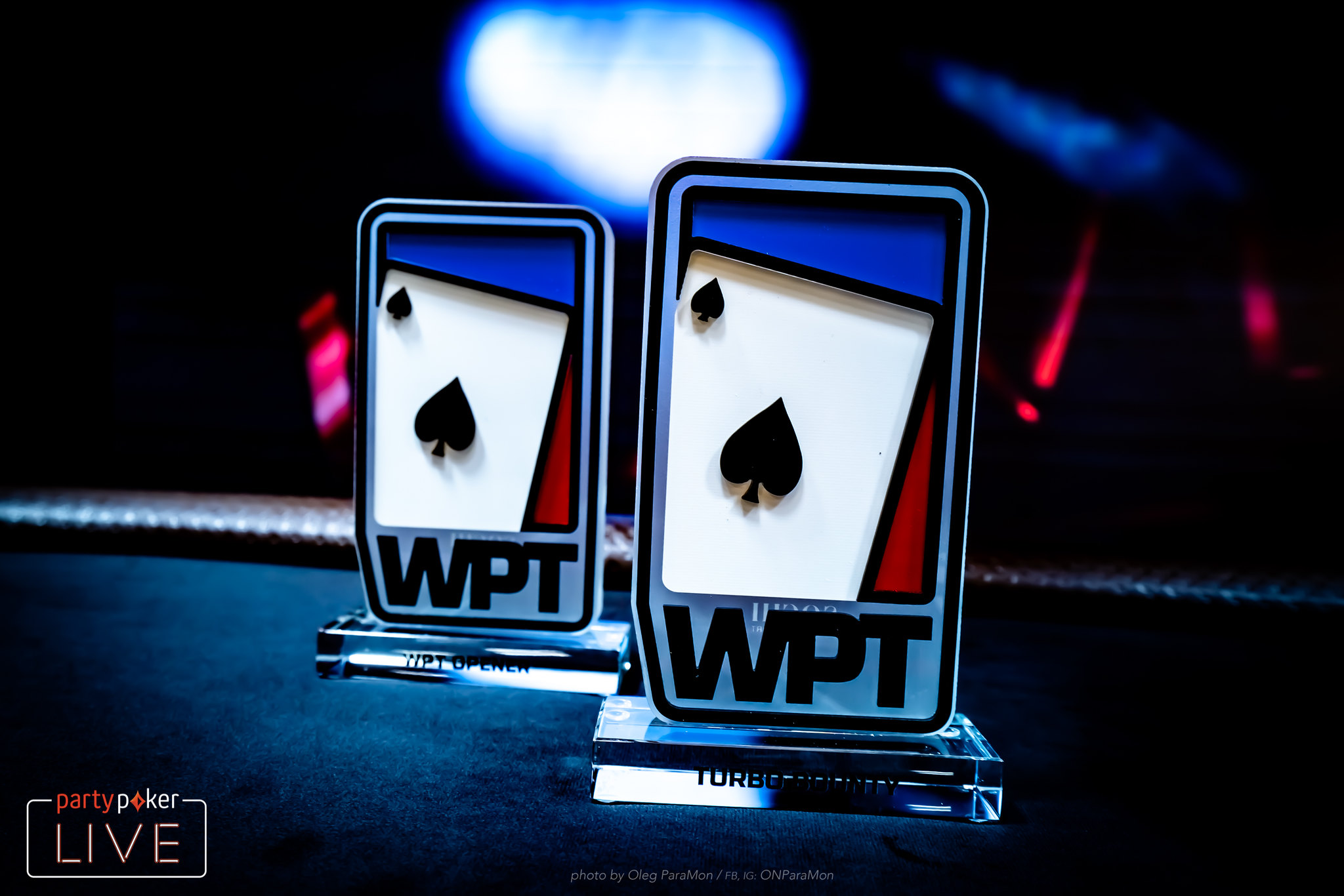 Medvedev and Pisarenko Take Down Popular Bounty Side Events

Two Bounty Side Events which both attracted a significant amount of players.

Gevorg Karapetyan and Andrey Vylegzhanin were among the first to secure cash prizes and Aleksandr Merzhvinskiy narrowly missed out on a spot on the podium after finishing in fourth place. Andrey Chernokoz went one spot better and Vyacheslav Medvedev defeated Aleksandr Pustovoy in heads-up to claim the cash prize of ₽461,650.

One day later on February 20, the Super Bounty Side Event #4 took place and featured a buy-in of ₽57,750. Thanks to 63 unique players and 22 re-entries, the 85 total entries created a prize pool of ₽4,239,340. The format was heavily geared towards the bounty aspect, as each knocked out player came with an instant payday of ₽35,000.

On top of that, the remaining cash prize pool of ₽1,264,340 was distributed among the top six finishers. Some of those that fell before the cash places were Yunus Tuguz, Roman Ilchenko, Evgeniy Zaytsev and Alexander Cherepov. Dmitriy Medvedev ended up as the bubble boy for a cash prize and Damir Gabdullin was the first to bow out after, quickly followed by Yuriy Sergachev and German Panchenko.

Once Andrey Vinnikov fell in third place for a cash prize of ₽208,600, it took another hour to determine the champion. Ultimately, Aleksandr Merzhvinskiy missed out on the trophy and had to settle for ₽290,850 in cash as Maksim Pisarenko earned the biggest cash slice worth ₽418,390.

Among the first tournaments to kick off the festival was also the WPT Opener, which comes with a ₽57,750 buy-in and four starting flights. The first two starting days have wrapped up and some familiar faces have secured their seats for the final day.

It was a slow start for the first of four starting days, which attracted a total of 26 entries. Famous poker player Anatolii Zyrin entered twice without success. Other notables to come and leave without anything to show for on Day 1a were Aleksandr Sazhinov, Vasiliy Tsapko, Sergey Lykov and Aleksandr Merzhvinskiy.

The last players to bust were Egor Turbanov and Andrey Volkov, which wrapped up the first flight in level 17. Aleksey Markelyechev topped the leaderboard with a stack of 364,000, followed by Sonia-Veronika Shashikhina (255,000), Gor Aperyan (105,000) and German Panchenko (56,000) as the only other survivors. 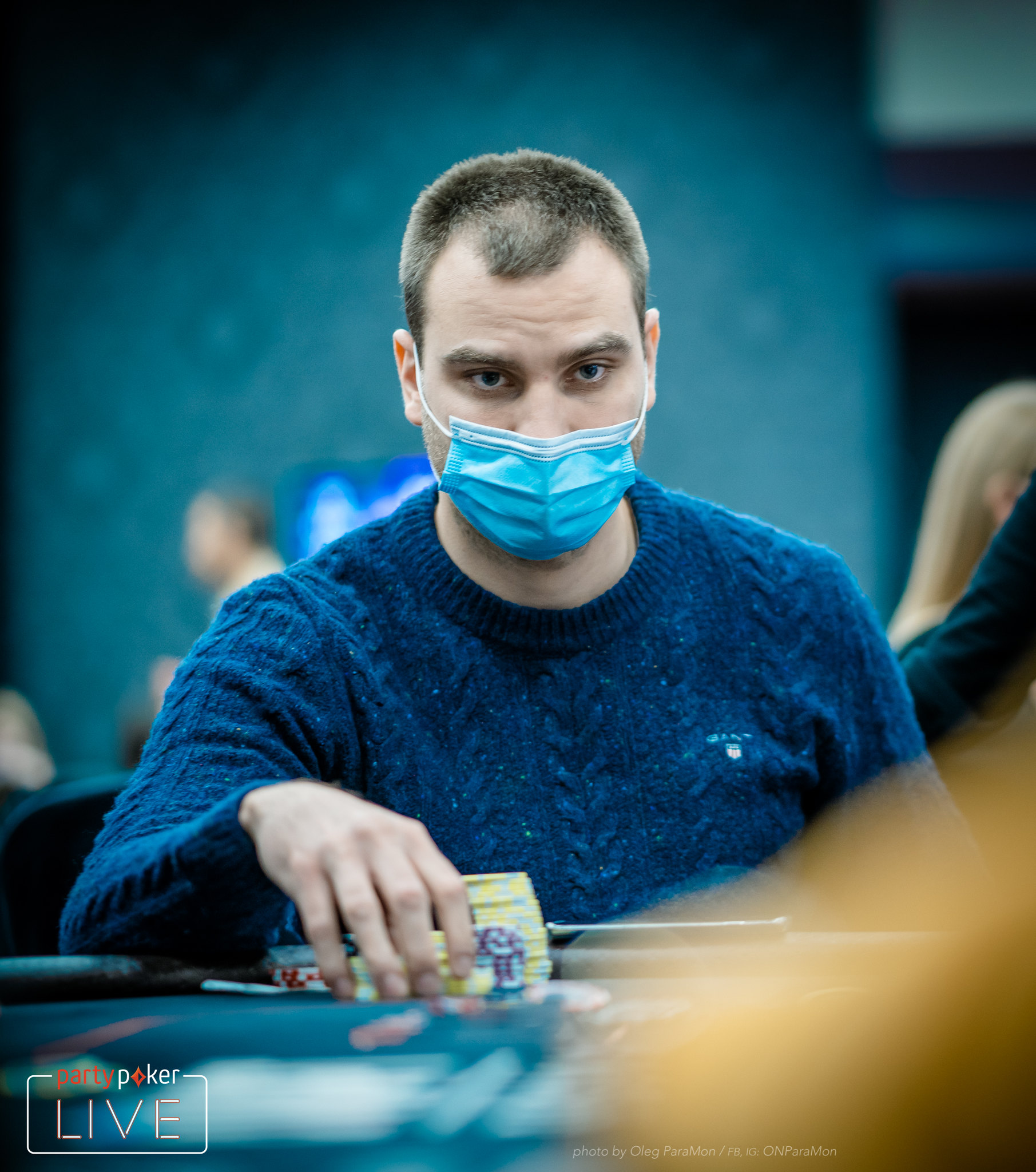 One day later on Saturday, February 20, the turnout was far stronger as a total of 81 entries emerged. Out of those, the top 11 players bagged and tagged their chips for the night as the action once more concluded in level 17.

Serbian poker pro Danilo Velasevic (pictured above) amassed the most chips with 402,000 while Zyrin turned his third entry into a solid stack of 368,000. Artur Martirosian, who has taken the online high roller circuit by storm in 2020, also bagged a top five stack and advanced with 271,000.

Three further Serbian poker pros that made the trip to Sochi but failed to make it through to Day 2 so far. Aleksandr Tomovic, Vlada Stojanovic and WPT Champion’s Club member Vladimir Bozinovic all bowed out during the late stages of Day 1b. They were joined on the rail by known local players such as Andrey Osipov, Vadim Gayduk, Siarhei Chupadal, Damir Gabdullin, Sergey Pichugin, Andrey Chernokoz, and Maksim Pisarenko.

All of them may very well be back in action for the remaining two starting days. The final heat with a 30-minute level duration gets underway today at 16:30 local time followed by Day 1d as of 21:00, with features levels of 20 minutes each.

Top Five Stacks for Day 1b

The Schedule for the Next Few Days

Besides the final tournament day of the WPT Opener, Monday 22 February also features the start of the ₽385,000 High Roller at 17:00 local time. Defending champion Garik Tamasyan will have time to enter late as the event is spread over three days until Wednesday 22 February.

The action at Casino Sochi also gears up for the highlight of the entire festival, as the ₽245,000 Main Event, officially kicks off on Tuesday 23 February. It comes with a 40,000 stack and levels of 60 minutes each, and will play down to a winner throughout four tournament days.

There are a total of four starting days until Thursday 25 February and the first regular flight gets underway at 16:00 local time while the following two Day 1s kick off at noon local time. The final turbo heat 1d is scheduled for 18:00 on Thursday and the level duration will be cut in half to 30 minutes each.

As of Day 2 on Friday 25 February, the WPT.com team will provide live updates until a champion is crowned and the final table will also be live-streamed with cards-up coverage and commentary.