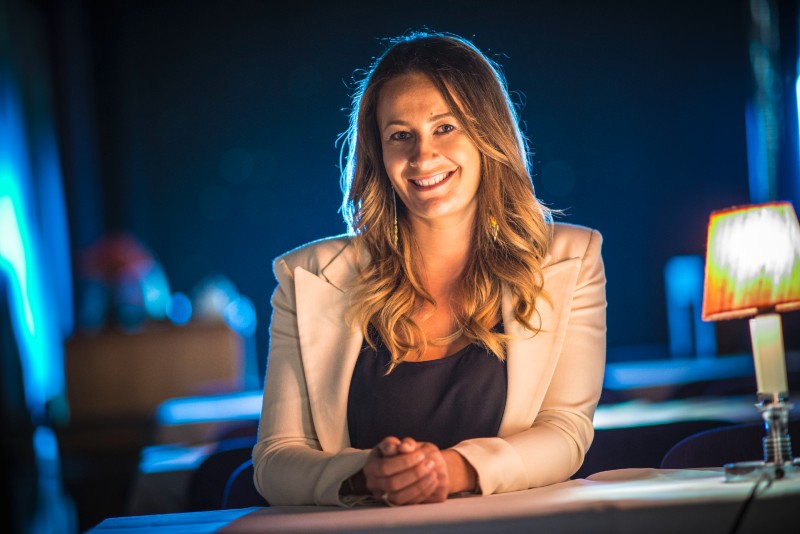 Hermance Blum has been named the Vice President of Marketing for the World Poker Tour.

Irvine, CA (September 9, 2021) — Just two months after finalizing the sale to become a private company, the World Poker Tour® (WPT®) has restructured its marketing department and placed a longtime WPT stalwart at the helm.

Hermance Blum, who has been with the company since 2011 and most recently served as the Vice President of WPT Europe, has been elevated to Vice President of Marketing. Blum will be responsible for the development and execution of a global marketing plan which will increase overall awareness of the WPT brand. Over the last decade, Blum secured long-term strategic partnerships which established the Tour in more than 12 countries and successfully delivered incremental growth of the business in Europe. The 2015 recipient of the European Poker Awards Industry Person of the Year award, Blum’s previous marketing roles in the online poker industry add to her well rounded skills for this new chapter in her career.

“I could not think of a better person to lead this new department,” said Adam Pliska, World Poker Tour CEO. “Hermance brings a wealth of experience, a passion for poker, and an amazing vision of how to elevate the WPT brand to new heights.”

The promotion of Blum is the company’s first step in a complete overhaul of the marketing department. Under Blum’s guidance the department will tap into the nearly 20 years of WPT history and experience and put the poker player at the heart of everything the WPT touches.

“Whether it is at a Tour stop, during our broadcasts, on ClubWPT™, or in partnership with our growing list of corporate sponsors, our mandate is to ensure that poker players and fans are always at the center of the World Poker Tour experience,” Blum said.

In building out her department, Blum created two new important roles and hired well-respected poker industry veterans, including one from within the WPT organization and one from outside.

Lynn Gilmartin, who has been the WPT anchor since July 2013, has added the role of Social Content Director to her list of duties, overseeing all social media operations for the WPT. Poker fans need not worry as Gilmartin will continue in her role as anchor, working WPT televised events alongside Vince Van Patten and Tony Dunst.

Joining the team from outside of the company is one of the most experienced poker media veterans. Lance Bradley, who has more than 15 years of experience working on the media side of the poker industry, will serve as Director of Media and Player Communications.

Gilmartin and Bradley started in their new roles on September 1. An early focus of the new marketing team will be planning for the upcoming 20th anniversary season of the World Poker Tour in 2022.

“Our 20th anniversary season will be a landmark year of celebration not just for the WPT, but for the entire poker community,” Pliska said. “We are looking forward to sharing our plans over the coming months.”

The WPT is also looking to recruit a Community Manager to join the marketing team. Details of the role and application process can be found here.

World Poker Tour (WPT) is the premier name in internationally televised gaming and entertainment with brand presence in land-based tournaments, television, online, and mobile. Leading innovation in the sport of poker since 2002, WPT ignited the global poker boom with the creation of a unique television show based on a series of high-stakes poker tournaments. WPT has broadcast globally in more than 150 countries and territories, and is currently producing its 18th season, which airs on FOX Sports Regional Networks in the United States. Season XVIII of WPT is sponsored by ClubWPT.com. ClubWPT.com is a unique online membership site that offers inside access to the WPT, as well as a sweepstakes-based poker club available in 43 states and territories across the United States, Australia, Canada, France and the United Kingdom. WPT also participates in strategic brand license, partnership, and sponsorship opportunities. For more information, go to WPT.com. WPT Enterprises Inc. is a subsidiary of Allied Esports Entertainment, Inc.