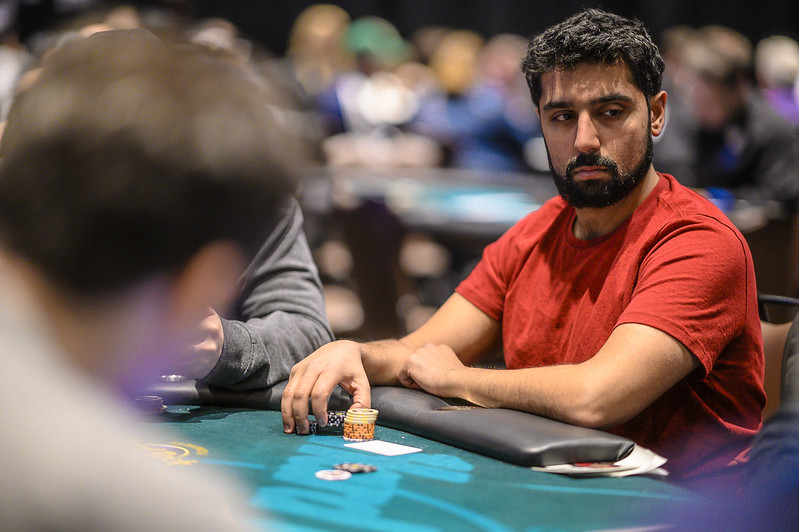 Despite numerous World Poker Tour live events postponed in 2020, Soheb Porbandarwala hit the road for some poker to close out the year. After two days playing at Borgata in Atlantic City, he wheeled into Mahwah, New Jersey, for a stay at the Doubletree Hilton. The hotel doesn’t have a casino but has been home to some of the biggest scores in Porbandarwala’s poker career.

On Dec. 29 he added another – and the trip to the Hilton was to play a final table. The 30-year-old from Norwalk, Connecticut, went on to take down the WPT Online Poker Open at the partypoker US Network. Porbandarwala becomes the first player ever to win a WPT Main Tour Event online in the U.S. His laptop-on-the-go routine paid off and he topped a field of 395 entries for $239,820, also adding his name to the Mike Sexton WPT Champions Cup.

The scene may not have been the same as winning at a live casino, but there was some celebrating nonetheless. A few buddies railed him in the hotel room and hugs were in order after the win.

“I haven’t done much hugging this year, so that felt nice,” Porbandarwala says. “I called my mom, my wife, and a couple of friends. Then we sat and watched the stream until the end to make sure it was real.”

Indeed it was real and his phone began blowing up when the stream ended. Porbandarwala took the chip lead into the final table and spun it up to a victory. It was a surreal scene playing out in his hotel room watching himself on the stream as congratulations rolled in.

“I was shocked and humbled by how many people stayed up to watch all the way until the end,” he says. “That was a really long final table. My mom and dad were both awake at the end. My uncle, who taught me how to play poker, stayed up and watched. All my friends that I talk and study poker with were watching and honestly, it felt really good to be able to close this one.” 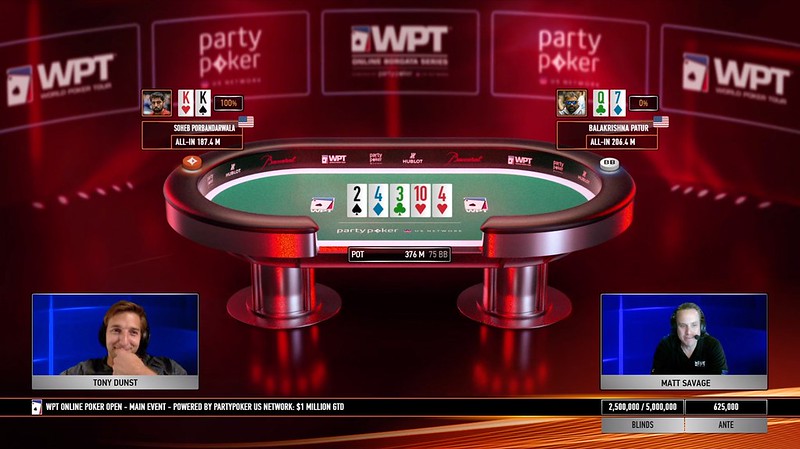 In addition to his first WPT title, Porbandarwala also won a $15,000 seat in the WPT Tournament of Champions, presented by Baccarat Crystal. His winnings also include a Hublot Big Bang E Titanium timepiece, valued at $5,200. Along with his online winnings, Porbandarwala has more than $920,000 in live tournament winnings. Adding a WPT title to his resumé is a dream come true for this longtime poker fan and player.

“Winning a tournament always comes with a bunch of mixed emotions,” he says. “I was relieved, first and foremost, that despite a few missteps I was able to recover instead of punting away the biggest opportunity of my life. I was shocked and excited because I grew up watching the WPT and to win one felt unreal in the moment.”

Porbandarwala says he ran well throughout the tournament. While the cards went his way at times, none of his out-of-line plays were met with too much aggression – always a plus for a deep run. Floating in spots, an occasional check-raise, even continuation bets – everything just seemed to work and meet little resistance. He built his stack without ever putting too much of it at risk.

The final table brought an interesting new challenge for Porbandarwala. He’d never played on a stream before, so some alterations to his plan were needed at times but that also came through with nice results.

“I never really considered how I’d have to keep adjusting, assuming my opponents were watching too,” he says. “That was very interesting, and it was fun to listen to Tony and Matt commentating. I learned a lot.”

While he may live in Connecticut, Porbandarwala is no stranger to online poker in the Garden State. Married with three daughters, the stay-at-home father regularly hits the road on the weekend to play some regulated online poker. That Doubletree Hilton is about an hour from his house and has become a regular base of operations.

Chocolate chip cookies have become a big part of these poker pit stops. A fresh-baked cookie from the front desk is always a morale boost to his online action. An extra cookie or two on a break after a bad hour can also help lift the spirits with a little sugar rush. Cookies aside, as a longtime online grinder, winning his first WPT title came in the online game brings some extra cachet.

“The fact that this was online means a lot to me personally because I grew up playing online and consider it to be a tougher arena than live poker generally,” he says. “It’s also a good sign of things to come for American poker players. Our options for playing online are limited and restricted, so for WPT and partypoker to make an effort to expand their offerings is a very positive step.”

The current pandemic has curtailed Porbandarwala’s favorite part of playing poker – traveling. His recent trips may be limited to brief online poker jaunts, but he looks on the bright side. The situation means more time with family.

“This year I’ve just been cooped up with my girls at home, and I wouldn’t trade it for anything,” he says. “My motivation comes from them. Any patience I have comes from being around them. They make me happy no matter how my day or session goes.”

Porbandarwala thanked the friends who railed him at the Doubletree and online as well as others who offered insight when reviewing hand histories. As a regular online player in New Jersey despite not living in the state, his wife received some special recognition from the newest member of the WPT Champions Club.

“I want to thank my best friend, my wife Afreen, for her support,” he says. “Honestly, I do the easy part. I smash buttons, she makes things click. Even with travel restrictions, I played online in New Jersey at least 50 days in 2020 – half of them in July when I was staying in New Jersey. I owe her a vacation. I hope she takes me with her.”